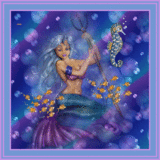 I was given this award a few months ago and I never got around to posting it. I actually forgot about it and I'm sure that she has been wondering what happened.

I was nominated by Doret also know as The Happy Nappy Bookseller. I am supposed to nominate 9 people, but I'm not going to do that.

Doret, I am appreciated the nomination. I am honored that you think of my blogs when it comes to things of this nature. Really and truly, I'm always surprised to find that more than my friends and brother read my blog.

***Doret, my links to you blog aren't showing. I have triple checked and from what I can see, I typed correctly. I don't know what happened.
Posted by Nexgrl at 9:14 PM 2 comments:

That librarian over there was talking down to me

That's what a patron yelled when he walked away from me. And, my co-worker said, "You do talk down to people, we(meaning him) are surprised that you haven't gotten slapped." I said, "I don't think I talk down to patrons." My co-worker did admit that in this instance, I was not in the wrong.

The patron approached me at the desk and said, " I would like a bibliography of Johnny Appleseed." Now, somehow, I knew that he meant biography. I conducted a keyword search and found that we only had one adult biography in the system, it was unavailable, but there were plenty in the children's room.

I said to the patron, "The is one biography, but it isn't available, you'll have to place a hold on it. It was checked-in today, at a branch, and it is in the process of being returned here."

The patron then said, " I want something that I can check-out today."

I said, "Well, the adult biography is unavailable, but there are a lot in the children's room."

The patron walked away and returned with a call number for the book that I had just told him about, but he said, " I want a bibliography on Johnny Appleseed and here is the call number for what I'm looking for."

I said, "That is the call number for the book I just looked up, and it is a biography. That title is unavailable, but there are plenty in the children's room."

The patron repeated himself, so I repeated myself slowly, so that he would be able to hear every word that I was saying.

The patron repeated what I said and walked away. Once he got over to the online catalogs, he began yelling, "THAT LIBRARIAN OVER THERE IS TALKING DOWN TO ME!!!
WHY DO ALL OF THESE BOOKS ABOUT JOHNNY APPLESEED SAY jB. I CAN'T FIND THE AREA WHERE THE BOOKS ARE. HE WAS A REAL PERSON AND I WANT A BOOK THAT TALKS ABOUT HIS LIFE."
I just let him talk, because he obviously didn't want my help. My co-worker finally said, "Let me go over and help him because he isn't understanding what he is doing."
Posted by Nexgrl at 12:26 AM 1 comment:

Sunday, a patron approached me at the reference desk and said, " I lost 5 minutes of my time, can I get extra time." I ignored that statement and asked her where the computer was that she was using. As we are walking toward the computer, she says again, " I was told that if I lost computer time, I could get extra time. Well, I lost 5 minutes, can I get extra time?" Once again, I ignored her and rebooted the terminal. Each time she told me about the 5 minutes, I was hoping that she realized how stupid that question was. I was not going to give and extra hour because she lost 5 minutes. I never found out if she realized how stupid she sounded, but she didn't ask me anymore.

My co-worker was reading a food blog that she likes and she asked me if I had ever made pizza dough. I told her no. She then went on to ask me if I thought she would have to make the dough 24 hours in advance. I told her to call her local/favorite pizza parlour and ask them. I also told her that we get those types of questions all day long, she should not feel odd about calling a pizza parlour and asking. She kept saying how she felt that was a stupid question to call about. Finally, I said, "Why don't you just look it up. You shouldn't feel bad, people call us all day long with questions about something that they could very easily look up, but they don't feel like it."
Posted by Nexgrl at 12:51 AM 3 comments:

Our union is negotiating with the city and county to amend our contract. We are due our cost of living increase of 8%. They have proposed that we give up all paid holidays, and floating holidays, for two years. They will give us an 3.75% increase in pay, and 9 paid days off to be used over a two year period.

Our floor union representative(the one who forgot to come to work,) said that this is in lieu of layoffs.

I suggest that they encourage those who are close to retirement and don't do any work anyway to retire. I think they should also get rid of all of the others who don't do their job. The employees on each floor of the main and in each branch, should be able to submit names anonymously. If we are able to do this, the budget will definitely decrease for the library salaries. On my floor alone, we would eliminate 4 librarians and 1 clerk.
Posted by Nexgrl at 1:09 PM No comments:

Last Thursday, one of the regulars(who hears voices and acts out,) sat down at one of the laptop tables. He had what appeared to be a square T.oshiba cardboard box. My co-worker said, "He has a brand new laptop."

Me, being hopeful, said, "No, maybe it's just an empty box."

No ladies and gentlemen, he had a brand new laptop. He sat down, opened the box and removed the computer. He pulled out the instructions and began reading them. I thought that we were in for a long afternoon of his non-stop questions. He didn't ask us any questions.

After about 35 minutes of him trying to read and understand the instructions, and yelling in frustration, he called customer service. He spoke to them for a while. After about 1 1/2hr, he left the library. While waiting for the elevator, we heard him yell at himself and slap his hand(REALLY HARD.)

Today, a woman approached me at the reference desk, and asked, "Do you know how to work a Ma.cbook?" I told her no, and went about my duties(We have instructions, but they're only for Ethernet connections.) Two hours later, as she was packing up to go, I noticed that she had a brand new M.acbook Pro. As I was leaving the reference desk, I whispered to my co-worker, "How are you going to purchase one of the most expensive M.acbook's out there and not know how to use it?"
Posted by Nexgrl at 11:20 PM 2 comments:

Sundays, we have a bare minimum staff of librarians. Because of this, the floor manager and the supervisors rotate Sundays. This past Sunday, the scheduled supervisor did a no show, no call. My co-worker whom we can never depend on to show up, was there and trying her best to find excuses for the supervisor's behavior. I told her to chalk it up and we'd just have extra hours on the reference desk.

This wasn't going to work for her, because she didn't want to do any extra hours. Although, on the days when she decides to call in "sick," that is what we do. We work around the missing person. So, she called the person who was in charge of the whole building and informed him. He tried to call the supervisor. He told us that she had given the wrong number as her home contact number.

Monday arrives and I discovered that the official desk schedule hadn't been changed to reflect how we actually covered the two reference desks. My co-worker(librarian who looks like me) told me that I should change the original. I went in search of the altered copy, and it was no where to be found. The supervisor in question had entered the staff area from the direction of where the copy was filed. Instead of accusing, I simply made the changes from memory. As I'm doing this, the supervisor with the floor manager in tow, walks over to where I was, and said, "I forgot to come to work yesterday." I said, "WE KNOW!" I walked away. She then says in frustration, "I guess that I'll work today, and I'll take two of Nexgrl's hours. Is that okay." My response was, "Yea, okay." In addition to this, she changed Tuesdays schedule, so that I would only have one hour on the desk.
Posted by Nexgrl at 11:31 PM 3 comments: